If you ever tried drawing anime ears and it just did not look exactly right, you are in the right place. Below we will go over everything you need to draw anime and manga ears like a real Mangaka.

For this tutorial, I looked at various examples of ear drawings in Anime and Manga to develop an easy-to-remember three-step process for drawing Anime ears. In this post, I will share these steps with you in detail.

For those of you looking for a short answer on how to draw Anime and Manga ears, here is how I would describe it:

Start by drawing the outline of the year by creating an oval shape with three distinct angles as the helix curves toward the ear lobe. Then add the inner edge of the helix as a parallel line. Finally, draw the tragus and the antihelix inside the ear bowl to complete your anime ear drawings!

If you are confused by the anatomy names (helix, antihelix), follow below for detailed illustrations.

Let’s review very basic ear anatomy together. It will help you draw anime and manga ears immensely, or you can proceed directly to the steps if you wish! There are five parts of an ear that we need to know to draw anime ears.

With each section, I provide an image that identifies the feature of anatomy by highlighting it from different angles.

The helix is the outer rim of the ear. It is the most prominent feature that gives the ear its outlined shape.

In Anime and Manga: Being the outer rim of the ear, the helix is present in all drawings of an ear in anime and manga.

The antihelix is the inner part of the ear that resembles a mountain ridge. As it rises up toward the top of the ear, it beings to curve towards the face.

In Anime and Manga: Some indication of this cartilage in the ear bowl is present in most anime and manga drawings.

The tragus is a small flap-like cartilage that rises at the front of the ear and protects the ear canal.

In Anime and Manga: The tragus is almost always indicated in anime except in very simplified drawings or very young characters where ears are drawn with a couple of lines (usually helix and antihelix).

The antitragus is located below the tragus and above the earlobe. It is a small piece of cartilage resembling a flap, similar to the tragus, but sits at a different angle at the bottom of the ear.

In Anime and Manga: It is not very prevalent in anime drawings and can usually be omitted or lightly suggested.

The ear is mostly made up of cartilage, except the earlobe which is made up of fatty tissue. Note that sometimes it hangs lower than the ear’s connection to the face,  and sometimes the lower portion of it is connects directly to the face.

This wraps up our anatomy overview of the ear for anime and manga drawing.

For an in-depth look at ear anatomy and how to draw ears in general, follow this link to my full tutorial.

Anime style of drawing simplifies reality through stylization. Now that we are aware of the basic anatomical structure of the ear, let’s look at examples of how the ear is drawn in anime.

To create this anime drawing tutorial, I did a redrawing of anime ears from Akira, Princess Mononoke, and the original Voltron series among other anime and manga source material.

Let’s look at the stylization that best describes anime drawing, and then try to sort out which anatomical features are highlighted, and which are left behind.

Here are a couple of studies of ears from Katsyhuro Otomo’s 1988 anime superhit AKIRA (アキラ).

Let’s break down which anatomical features are represented in these drawings.

The studies above are from Miyazaki’s 1997 animated fantasy film Princess Mononoke (もののけ姫).

Again we observe stylization of the features of the ear. Like any anime drawings generally, different parts of an ear are distilled to their very basic shapes and are then heavily edited in aesthetics by the arts.

The studies above are from the original Voltron series produced in the 80s. There is a variety of anime stylization in the Voltron series that is interesting to see reflected in these studies.

The most common feature in most of these studies is the inner border of the antihelix.

Looking at the various examples of drawings of anime ears we begin to see a pattern of inclusion and omission from real life:

In studying frames from anime films, we see that except in very limited circumstances, the anti-tragus – a prominent feature of an ear – is completely omitted.

Further, the antihelix ridge inside the ear bowl is usually reduced to one curved line. While the inner border of the helix is always indicated.

With this valuable information in mind, let’s proceed to our three-step process to drawing anime ears!

In the first step of drawing anime ears, we are going to focus on the overall shape of the ear by drawing the helix.

When you draw the helix, which resembles the shape of an incomplete oval, focus on creating three sharp angles or turns.

One at the apex of the helix located at the top of the ear. Another as the helix begins to curve downward and towards the lobe. And another final curve as the lobe begins to move towards the face.

Think of drawing the shape like an oval with three angles. These angles are highlighted in the diagram above.

In the second step of drawing anime ears, let’s draw the inner edge of the rim of the helix.

In the third and final step, we are going to draw the details inside the ear bowl. The two most prominent anatomical features that show up in anime and manga drawings are the tragus and the antihelix.

Note the tragus indicated in the image above,  as well as the inner plane of the antihelix curving into the bottom of the bowl of the year.

If you look carefully at the highlighted lines in the image above, you will see that the two lines of the antihelix and the tragus are also almost parallel in most cases.

Also note that the antitragus anatomy is subdued on most of these drawings. But why?

Anime stylization is the reason why antitragus is not indicated. In anime and manga drawings the object is reduced to its very basic recognizable features. For the ear, those features are the helix, the antihelix and the tragus. Everything else is either very lightly suggested or left behind.

In this tutorial, went over the basic anatomy of the ear. We also went over some examples of ear drawings in anime, and finally, we went over my three-step process for drawing anime and manga ears.

However, one thing still missing from improving your drawings of anime ears is practice! Just practice!

Take the knowledge from this tutorial with you, and do not forget about the underlying anatomical structure. Then look at samples of your own favorite Anime and Magna art as reference, and then spend some time practicing your drawing.

Fill a few pages of your sketchbook with drawings of anime ears and you will see your drawings improved substantially.

If you are interested in a more detailed overview of drawing ears you can visit my ear drawing tutorial at this link.

As always, you can provide me with feedback here. I hope this tutorial improves your anime ear drawings! 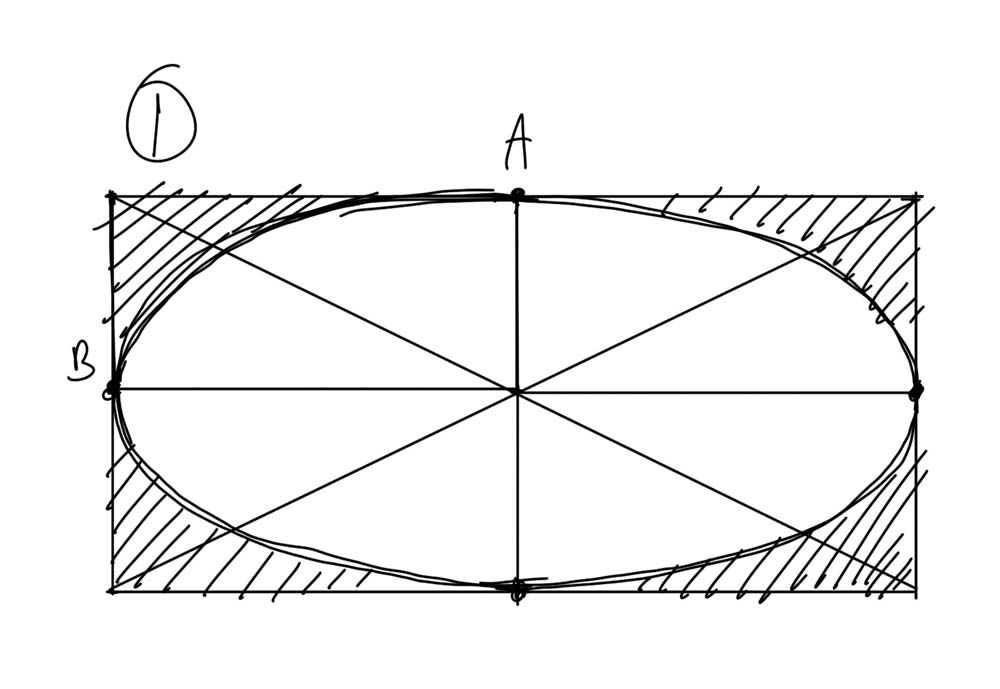 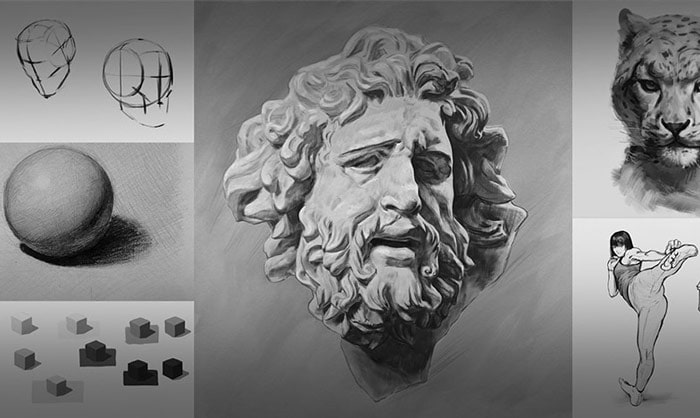 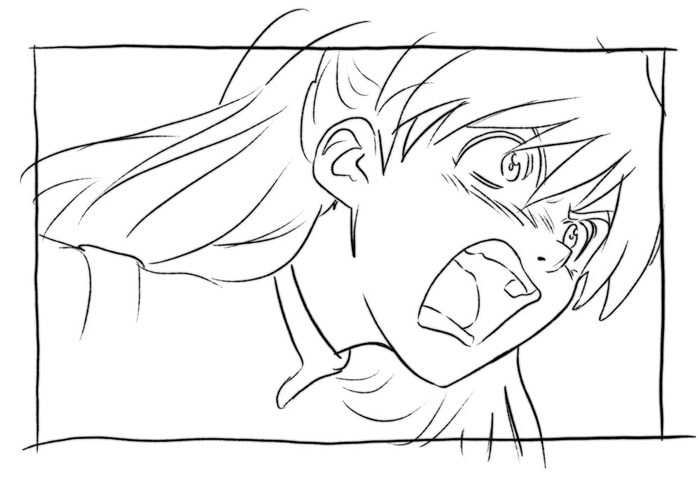 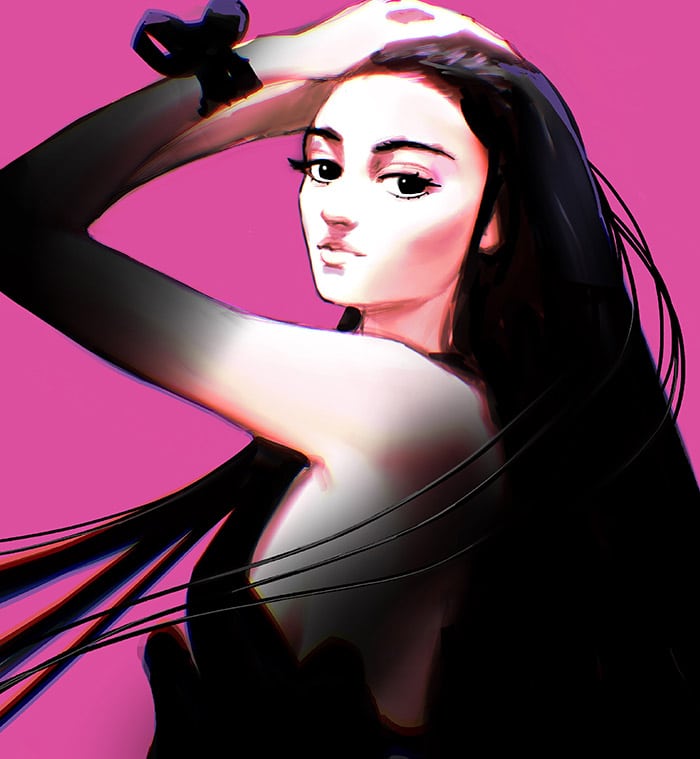 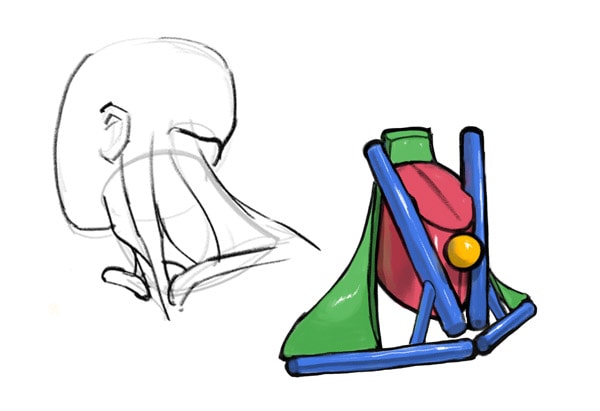 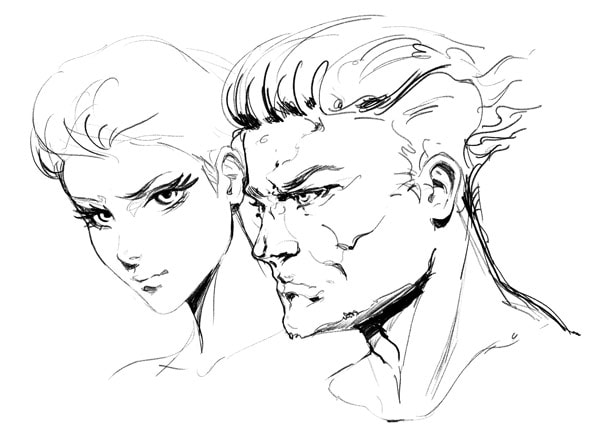